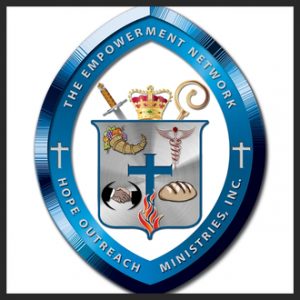 “Broadening Horizons and Expanding the Scope of Kingdom Building”

The Apostolic Company – Empowerment Network (TACEN) is a Collaborative Consortium of Cutting Edge Leadership and Apostolic Networks representing The Ministry, The Marketplace and The Municipality.  It is a   Multi-Ethnic, Trans-Denominational, Cross-Cultural Fellowship facilitating voluntary cooperation and accountability for the purpose of broadening horizons and expanding the scope of Kingdom Building.

The Nature of the Apostolic or The Culture of Apostolicity is for “…the equipping of the saints for the work of the ministry, for the edifying of the body of Christ, till we all come to the unity of the faith and of the knowledge of the Son of God to a perfect man, to the measure of the stature of the fullness of Christ:”

The Nature and Culture of Apostolicity is to provide for the governmental foundations of The Kingdom of God in the Earth.

Apostolic Foundations work in the realms of establishing and maintaining Doctrinal Belief Systems, Authority and Protocols, Strong Structures, Kingdom Maintenance and the Releasing of Strategies in the Body of Christ.

THE ROLES OF APOSTOLIC FOUNDATIONS:

To bring  Revelation.  What is God speaking in a region?  What is the rhema word for a nation or for a local body?

To  bring  healing.  Not just physical healing of an individual, but the healing of nations, regions, cultures, and ethnic groups.

To be involved in the removal of demonic spirits. The casting out of devils and evil spirits from territories, nations, cultures and ethnic groups.

Bring release to the captives. To open spiritual and physical jails.

To open the heavens, releasing strongholds

To shut the gates of hell.

To shut the gates of witchcraft.

To destroy curses and illegal covenants

To restore order and the rights of believers unfolding and distributing inheritances.

An Apostolic Network is a grouping of ministers, ministries, Kingdom Organizations and churches interrelated together to link their resources, ministries and people in one unified purpose, individual visions and purposes in the Lord. These groups are unified in their access to the grace of an apostolic ministry, which they recognize as primary, but not as the singular source of impartation and revelation.  They move in voluntary accountability to mutually agreed apostolic and counsel based on relationship, while still maintaining the essential autonomy of their individual ministries.

Apostolic Networks are called to galvanize their ‘Tribal” down lines and set their own Protocols.

Apostolic Networks must caution themselves with regard to the element of becoming a Movement. Movements tend to promote elements of self-containment which makes the message of the Gospel obsolete as it is related to Culture.

The Church, The Body of Christ is called to be God’s agent of Kingdom Implementation in the Earth. It must stand as God’s voice and declare the interpretative “Now Message” for the moment. It is to speak Truth to power and participate as salt and light within the Culture.

The Body of Christ must build Coalitions and not become Competitors with the Grace Gifts given by the Godhead.

“We are not so much divided as we are disconnected”